No Widgets found in the Sidebar Alt!

On October 4, 2017
by allybethany
in Gaming, Warcraft
Leave a Comment on Holy Paladin Guide 7.3 Whine Version (Not a Guide)

I’m bored again. So what better way to waste some time. I decided to make a little Holy paladin guide. Yay? Not really a guide, but I guess it could help some lost soul out there.

Now let me start out by saying I am not one of these elitist no lifers who spreadsheet and consider themselves “the best”. I’m just a chick who plays WoW. I’ve been playing a Holy Paladin for the past 8 years. I feel that I have enough experience as a healer in general to provide advice. So here I go. Good luck to those who actually listen. And for those who are ready to criticize me, bring it. We can have a heal off. /Flex

I have played WoW with many people and for a long time I considered myself pretty good. I’ve had enough “big head” moments of people doting on my healing. It was nice while it lasted. I haven’t been playing as much as I typically did due to real life and laziness. I have found that during this expansion I have fallen behind a bit, but I am still out healing people who severely out-gear me and this makes me wonder a few things. I’ll talk about that in another post.

Now I have to say my situational awareness in some aspects are going down hill. Does this means it’s almost time for me to quit WoW? No. It means I need to wake the fuck up and pay attention. I won’t lie, healing is so easy it makes me lazy. Sometimes I underestimate just how powerful something will hit a group and then I become the “bad healer”. We all fuck up sometimes. However, when shit like that happens it just makes me want to do better. Which reminds me.

Oh well I guess that wasn’t a few people, oh wait. Yes that was. Do you know how many BAD tanks I have to heal and they complain and make it out like the healer is supposed to be a GOD? I know in the past few months I have encountered at least 5, probably more but there is a part of me that tries to block that out. The problem I have noticed is these idiots think that item level equals a god healer. No. Item level can’t determine shit for a healer. I can be 955 item level and go in a Mythic or Raid and only cast holy light and SUCK. However, even a god healer can’t keep a bad tank up. Can you? Do you have some kind of super amazing “it’s a bad tank” healer set up? I’d love to hear about it.

Please understand that only in a perfect world will high item level equal a god healer. Now don’t get me wrong, I have played with many high item level god healers. But to be honest they are a rarity in this game.

You know what I mean? It’s like going into a Heroic Inquisition and only 1 healer dispels. Have you heard the conversation? It goes something like this:

Raid Leader: Why do we only have 1 healer dispelling?

Yeah. I’ve heard that before in pugs. Just another reason I hate pugging content. It makes me think that some people roll healers just because they can be lazy, but when you are trying to push content you don’t really have time to be lazy.

Being a healer means more than having good gear. You have to be prepared to heal at the right moments. I want to go over MY most used spells and explain a bit about healing during certain fights. I want to make it clear that I only raid Heroic. I don’t have any interest in doing Mythic raiding, so this guide will not go over anything to do with Mythic raiding. Just so we’re clear. Also I raid with another Holy paladin, Holy priest and Resto Shammy.

Bestow Faith– I personally hate this one because I forget to use it. I do change it to Crusaders Might for Harjatan, Maiden, KJ.

Aura of Mercy– I prefer to use this for all the fights. I know some people like to change between AoS and AoM but I just run with this for every fight. I will probably mess with AoS here the next few raids to see if it makes a difference.

Divine Purpose– I prefer this as it procs ALOT for me. I have tried Holy Avenger but it just doesnt fit my play style.

Judgement of Light– I figured what the hell. I don’t have the leggo ring yet, but since I have a habit of always judging the boss at the start of fight, I went ahead and took this talent. I try to keep it up for the entire fight. I suggest timers so you know when it’s about to fall off.

Beacon of Faith– Since I dislike switching my beacon from one tank to the other, I choose this instead. Though I will use Beacon of the Lightbringer on Inquisition and Desolate Host. I’m not really sure if beacon works through phasing. I doubt it.

This is why you can’t make blanket rotations for healers. We all have a certain playstyle that we either base around our gear or our fellow healers. Where many Holy Paladins enjoy spamming holy light and flash of light, I don’t. I personally HATE this playstyle. I have compared a few of my logs and my top used spells below:

I use Maraads Legendary Cloak so I have added Light of the Martyr and Light of Dawn into my rotation. Beacon of light is always my top spell when I wear my 4 set. There are some fights where I have taken off my 4 set to “test” other gear to see the difference. However, there is no comparison so far. I have item level 930 non tier gear and my 900 item level tier gear is better than those. It just goes to show that item level isn’t all that superior compared to stats, or a 4 set bonus.

My playstyle typically consists of Light of Dawn, Holy Shock and Light of the Martyr. As for my beacons, I try my best not to directly heal the beacon targets, but sometimes here lately… it’s impossible to not heal them. The reason I don’t like healing the beacons is because when we heal others, the beacons are supposed to be healed. That’s the whole point and when we have a 4 set the beacon will get an additional 40% from healing spells. But anyways, enough about that.

What Stats Are Best?

I have personally tried testing the stat priority and I found that Mastery>Crit worked better in raids of 20+ players. They say that Holy paladins have a crit cap of 50%, but lord knows how anyone gets to it. I was almost there before 7.3, then it dropped drastically.

This is not ideal but I gotta work with what I got. Ya know? I have found that balancing my crit and mastery shows a good increase in healing output as well, but doing that I lose my 4 set and I feel my healing suffers a bit. I was considering dropping my 4 set for a 2 set and testing that tonight. I will post my findings later.

I feel that with this expansion and the added legendaries, the game has become more of a learn your own character instead of doing what everyone else is doing kinda thing. My other holy pally friend has different legendaries than I have, and that is very common. I am still trying to get the ring that gives you an extra passive. That would be sooo great! Maybe this raid week will be my drop. After all, I think I have all of the shitty leggos. I like that fact that we get the opportunity to tweak our characters a bit for our own playstyle. I dislike blanket playstyles.

What makes a good healer?

This is where I want to spend a little time. Over the past few weeks I have become a pretty shit healer. I won’t lie. I know I can do better, but after awhile it gets tiring. Laziness has really taken over me. During some of our guild runs, I feel like our healers are pretty even across the board. I used to feel like I was carrying the heals, but thankfully everyone is pulling their weight and it makes it alot easier to relax. However, our raid team has just switched to a new group of players and we are still progressing through Heroic ToS. We are 6/9 at the moment, and getting used to everyone working together is a change. It drains me!

Some days I will heal a tank who cares more about his dps and gets hit for 90% of his HP a good bit of  time. Other times we have people who stand in bad and trying to run after them after Goroth throws them to the back of the room to heal starts to weigh down on you. To be a good healer, you have to learn patience and be alert to your surroundings. I do fine in raids, yes sometimes I turn my head to look at the TV and then I look back and I’m dead. That’s life.  Mythics, well let’s just say I sucketh.

Situational awareness is key in raids. Well I guess in mythics too, but screw them. Let me talk about raids. You have to know when to heal. Yes, you will have the occasional person who stands in something they shouldn’t and you have to save their ass. But most raid damage spikes are known. If you watch timers or the boss, you will know when a big damage spell is being cast. That is your warning for healing. You can’t just tunnel into your healing addon and forget everything around you.

So what do you need to know?

KNOW WHEN TO HEAL. It’s that simple.

Let’s talk about Goroth. We know when he starts to cast Shattering Star there is going to be raid wide damage, so as a healer it is your job to make sure everyone is topped off before he throws that. And then it’s your job to make sure you get everyone back up after he casts. That’s healing in a nutshell. It’s not rocket science. Another boss would be Harjatan, there are 2 parts of the fight where you must make sure everyone is healed up. He will cast unchecked rage. During this casts, make sure everyone is topped off, and then after it has been cast, top everyone off again. He also does drenching waters which when stacked with frigid blows, does a shit ton of damage, especially if someone stands in bad. Make sure you save any mobile healing spells for this part because you will probably be moving around a great bit.

These are just examples that I feel some healers miss. And I hope you learn a bit from that. I will eventually continue this post but it is nearing raid time and I must start getting ready! I ramble a lot but meh, I may be the only person who reads this so it’s all good! 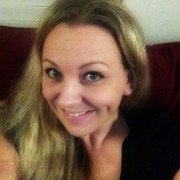